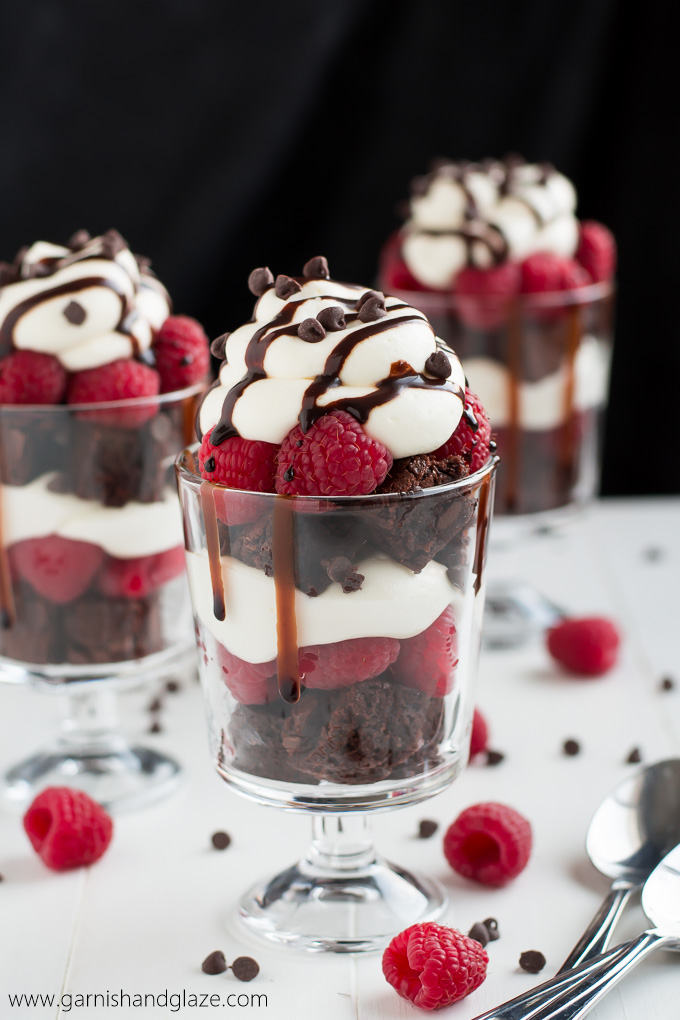 Pin it to your EASY DESSERT RECIPES board to SAVE it!

Everyone loves hearing a good embarrassing story, right?!  Well here is one for you!

We recently had a snow storm last week in Omaha.  The next morning I had an appointment so I went out to the car with a couple extra minutes to spare so I’d have time to get all the snow and ice removed. I unlocked the door with the remote so I could grab the windshield scraper but when I pulled the handle to open the door it just wouldn’t budge.  I tried all the other doors, pulling with all my strength, hoping I wouldn’t break a handle off.

My husband had a “snow day” so I came back in and told him the doors were frozen shut and that he needed to open it.  He went out there and came back fairly quickly and said it wasn’t stuck at all.  Turns out I was trying to open our neighbor’s car parked next to ours. Good thing I’m not strong enough to break the handle! Oh, I can’t wait for the day when we have a garage and I don’t have to worry about scraping snow off the car or accidentally trying to break into my neighbor’s car. 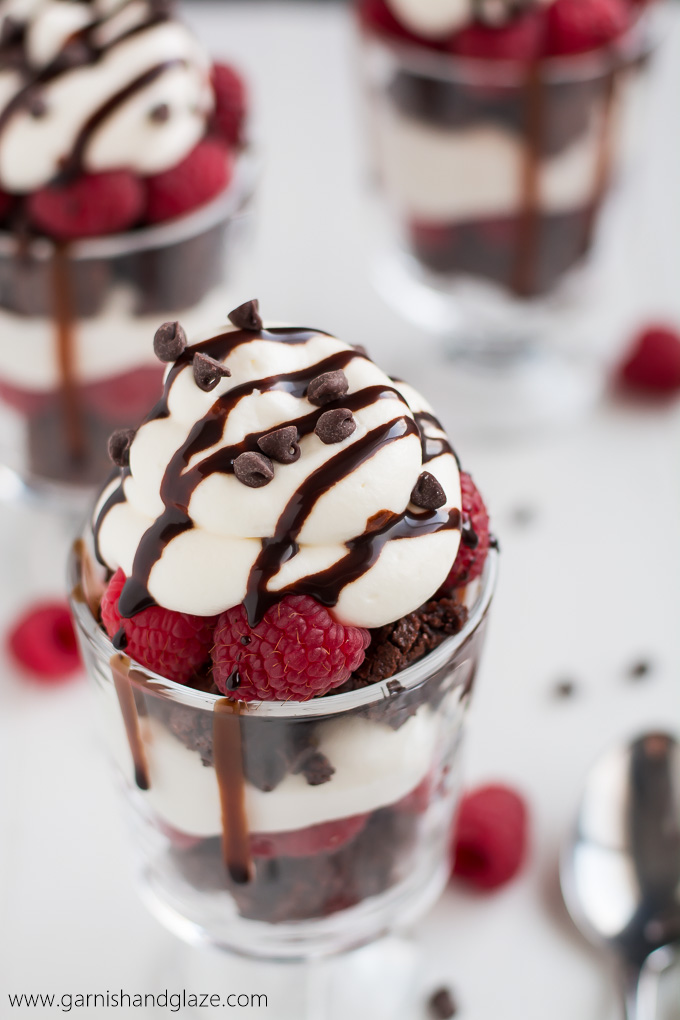 On another note, these Raspberry Brownie Cheesecake Trifles taste like heaven.  It’s like my three favorite things all in one dessert!– brownies, cheesecake, and raspberries!  Oh, and chocolate (chips AND syrup!). 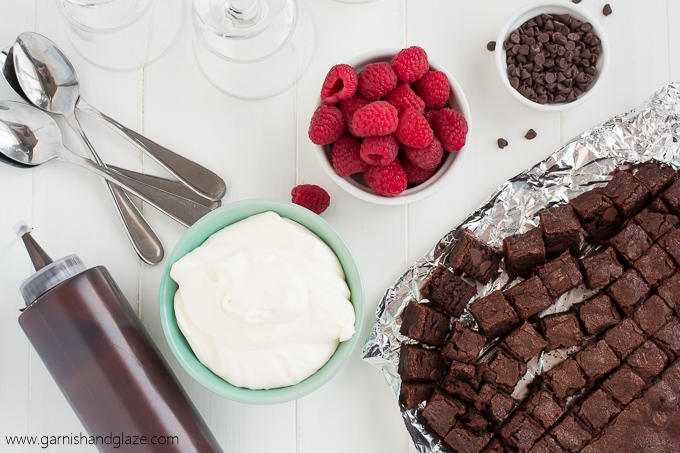 The great thing about these trifles is that you can prepare everything ahead of time and then just assemble it right before serving.  And the cheesecake filling doesn’t have to be baked!  Oh and you’ll only use half the pan of brownies (which have chocolate chips in them!) in the trifles which is good because then you have the rest to snack on… and believe me, after cutting them into small bite size squares, it’s almost impossible to not snag a ten of them while assembling. 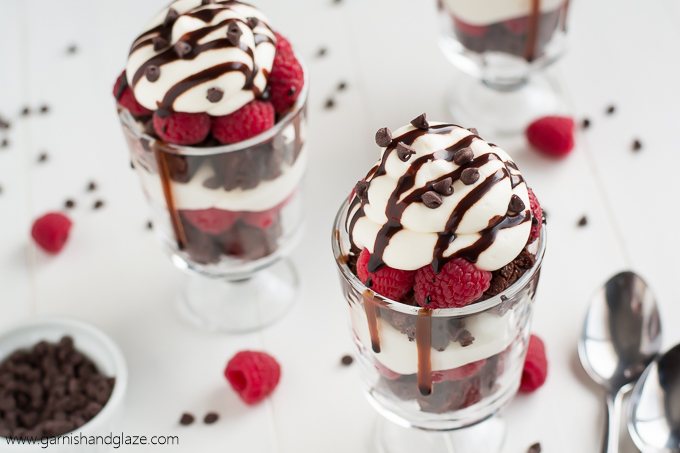 You can make one big trifle but I love making them in cups so that it’s already portioned.  When scooping trifle from a big bowl it’s very tempting and easy to go back for seconds and thirds. Yeah, you know what I’m talkin about. 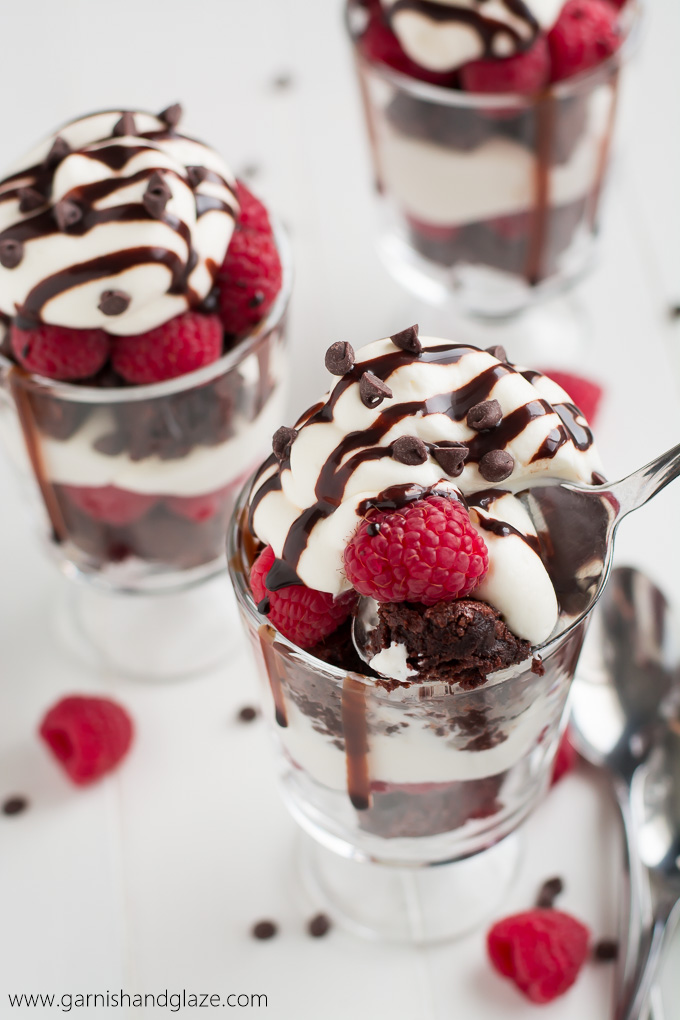 The cheesecake filling is made using just cream cheese, sugar, and whipping cream.  It has the tangy cheesecake flavor but the whipped cream makes it less dense, pairing perfectly with the rich brownie and raspberries.

If you’re looking for the perfect dessert for Valentine’s Day, these Raspberry Brownie Cheesecake Trifles are it people! 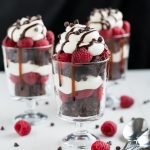 For the Cheesecake filling: