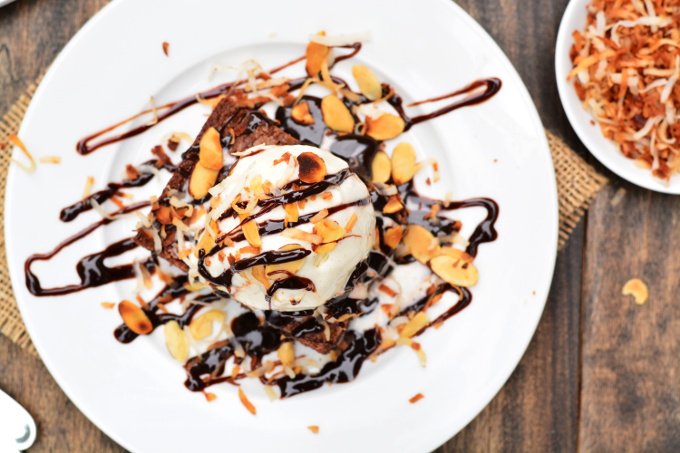 My one true love (other than my husband) is ice cream.

I was fortunate enough to have a mother who also loves ice cream and would let me and my 4 older siblings eat it pretty much every night before bed.  The only time there was not ice cream in our freezer was when the power went out for 5 days in the summer (which is just terrible in humid St. Louis).  That was a tragic day for us to lose all of our ice cream.  As my mom was tossing out the almost completely melted ice cream I tried slurping as much as I could before it turned completely to soup.

In middle school I was strangely obsessed with ice cream.  I would seriously buy anything if it had ice cream on it– shirts, flip flops, lip gloss, lights… I even took a shop class and made my race car into an ice cream cone!

Anyway, one great way to eat ice cream is to drop it on top of a yummy brownie (probably my second favorite dessert).  But it doesn’t end there!  You’ve then got to make it a sundae by adding toppings! 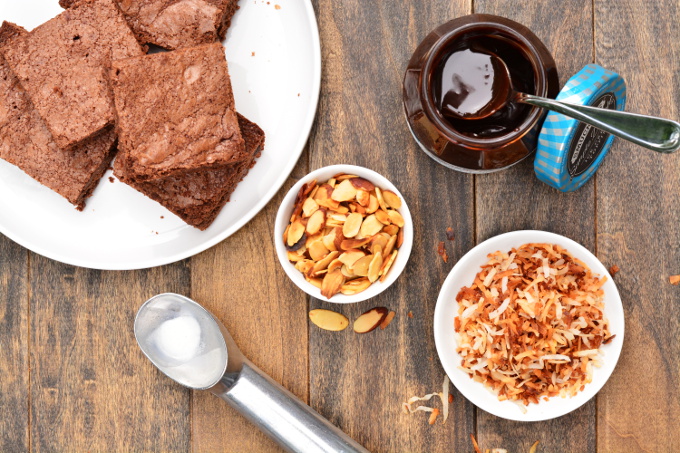 …which is why I had to add toasted almonds and toasted coconut to make this deliciously rich and satisfying Chocolate CocoNUT Brownie Sundae. 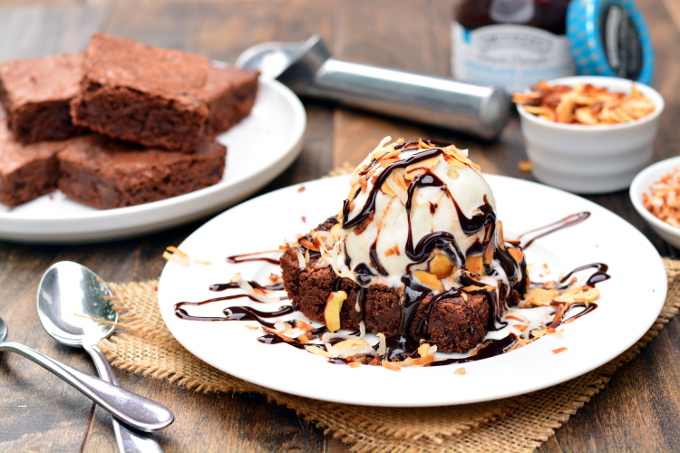 Um, taking pictures of ice cream outside in 85 degree weather is very difficult.  It started melting so fast that the chocolate coconut sauce kept sliding off so I had to keep topping it with more and more.  It made for a really rich afternoon snack for Carly and I. 🙂

Really, what’s better than sharing a yummy sundae on a hot summer day?! 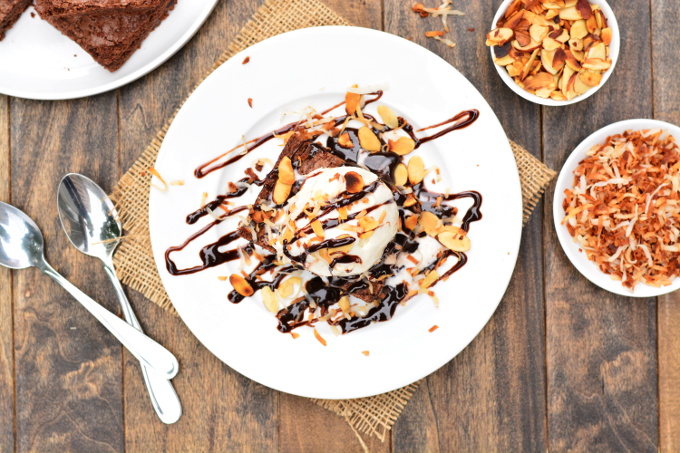 This is so good that after staring at these pictures I actually had to take a break from writing this post and indulge myself with another sundae. 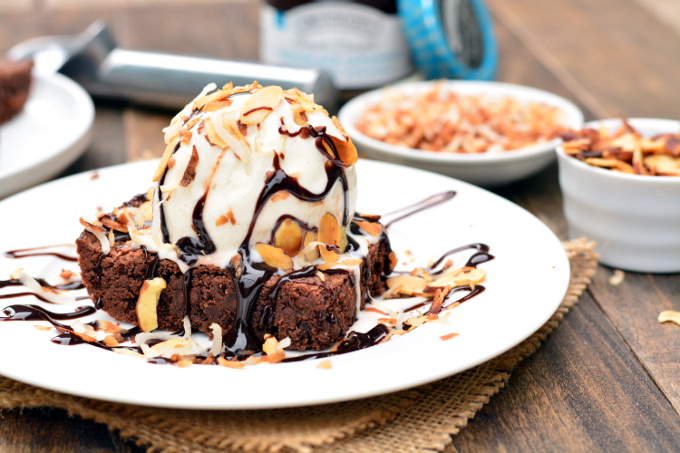 Go make a Chocolate CocoNUT Brownie Sundae and have your own Sundae Fundae! 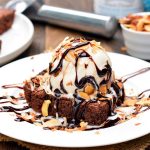 Recipe lists amounts to make 8 sundaes but you can store all the ingredients separately and make just one or however many you want at a time.
Prep Time5 mins
Cook Time5 mins
Total Time10 mins
Servings: 8
Author: Garnish and Glaze

Compensation for this post was provided by AOL Media.  The opinions expressed herein are those of the author and are not indicative of the opinions or positions of AOL. 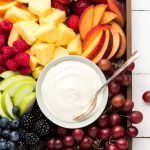 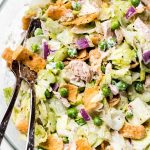 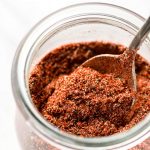 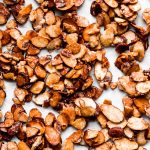