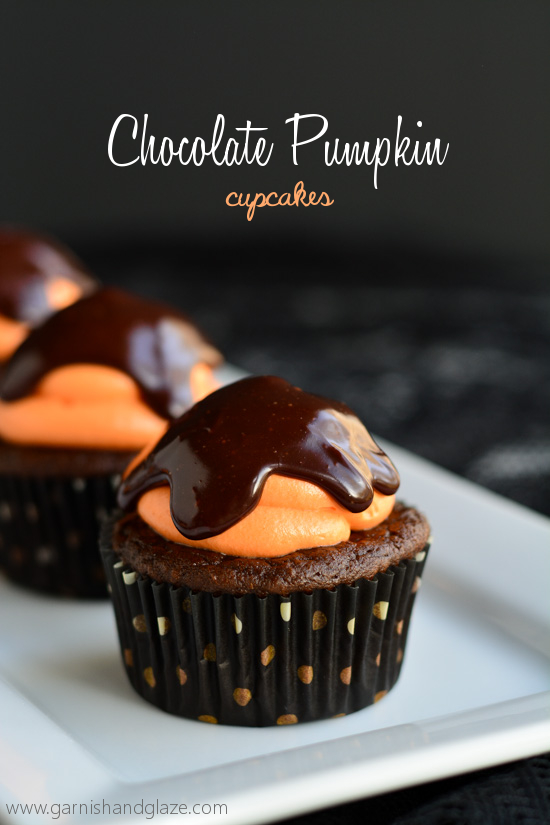 Best chocolate cupcake to date!  Man does that pumpkin make it moist!  It actually happened by accident.  I was following a recipe making a few adjustments on purpose but accidentally put a whole can of pumpkin in instead of just a cup.  Sometimes the greatest inventions happen because of a mistake.  This is one of those cases.  Seriously, this cupcake is divine. 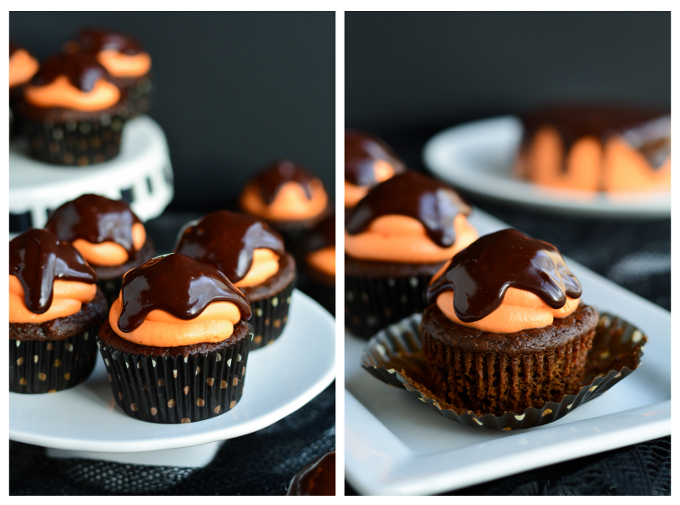 K, enough about the amazingly moist chocolate pumpkin cake part.  Let’s talk about that stuff on top that screams “eat me!”. 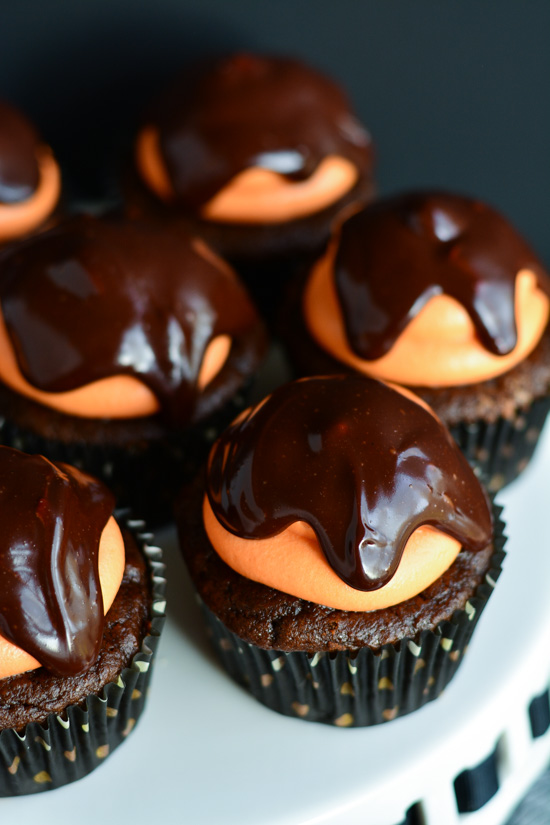 I love a traditional pumpkin cake with cream cheese frosting, but pumpkin chocolate cake paired with cream cheese frosting AND chocolate!?  Now we are really talkin!  So on top of that lovely moist cake we’ve got a cream cheese/whipped cream frosting (dyed orange of course).  It has a bit of cinnamon giving it more of a pumpkin spice kick but I absolutely love that it has whipped cream in it.  I mean, how could one not?!  It’s got a light and fluffy texture that sits perfectly under the rich blanket of chocolate ganache.  Ya know, because everything should be covered in chocolate. 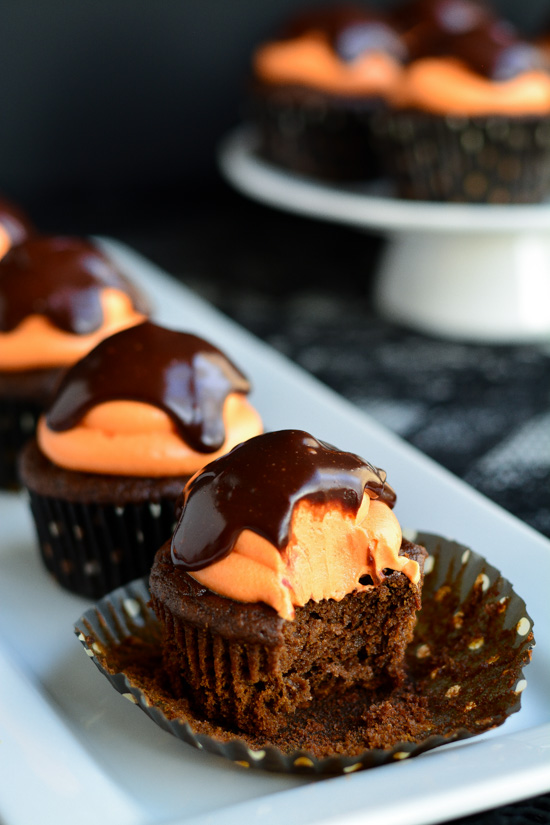 Well, I’m off to devour the last of these cupcakes.  Enjoy! 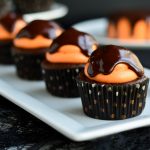 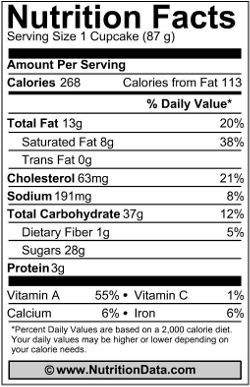