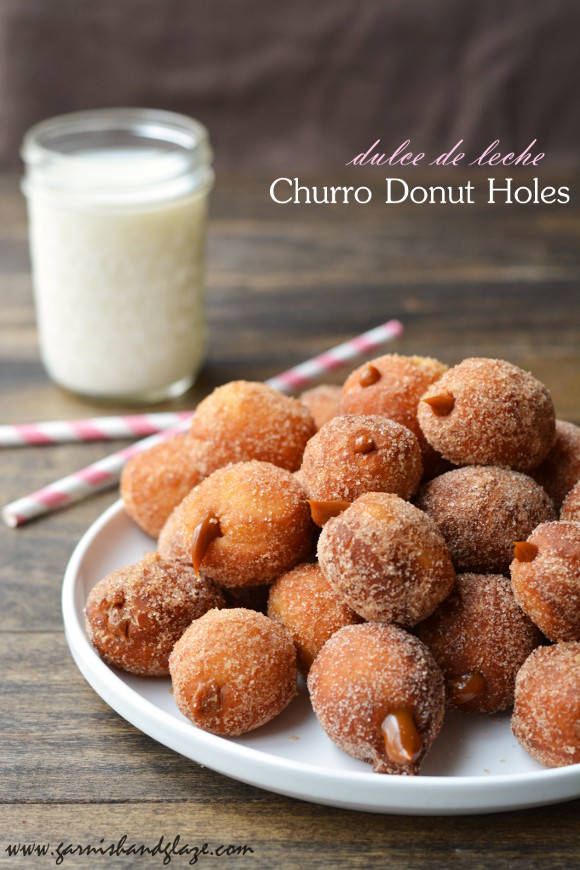 A little over a year ago Nick and I flew to Seattle to visit Nick’s parents.  We were pretty hungry after our flight so we decided to grab a snack at Jack in the Box.  Well we got a small order of churros bites (really random that Jack in the Box would make them) and OH MY!  They were the best churros I had ever had!  Why?  Because they were filled with caramel!  We almost went back and got more.  I attempted making churros the other day and they were good, but too thin to pipe caramel into (you need a gigantic start tip for the dough which I don’t have…yet) so I came up with these yummy churro donut holes.  And boy are they good! 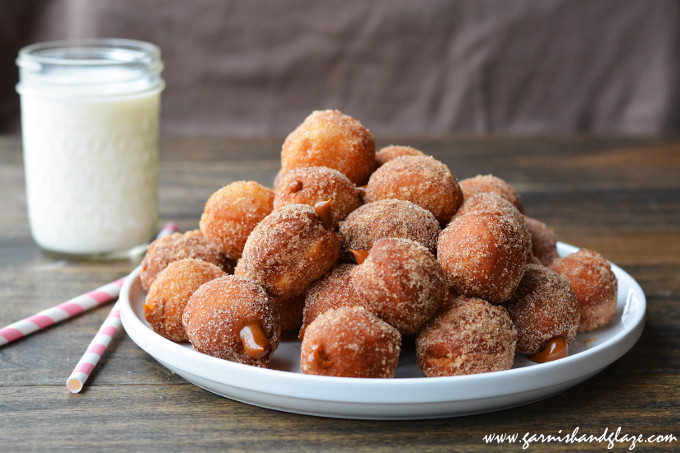 The dough recipe is slightly adapted from my grandmother’s fried scone recipe (coming soon!) with the ingredient ratios slightly altered because I had to forth her recipe (good thing because this recipe makes 50 donut holes) and measuring conversions always get a little complicated.  You might be asking “Why is there baking powder and yeast?” I asked the same thing too but baking powder is double acting meaning the leavening takes place upon mixing with liquid and also during cooking so with the yeast it really just helps the donuts get extra puffy. 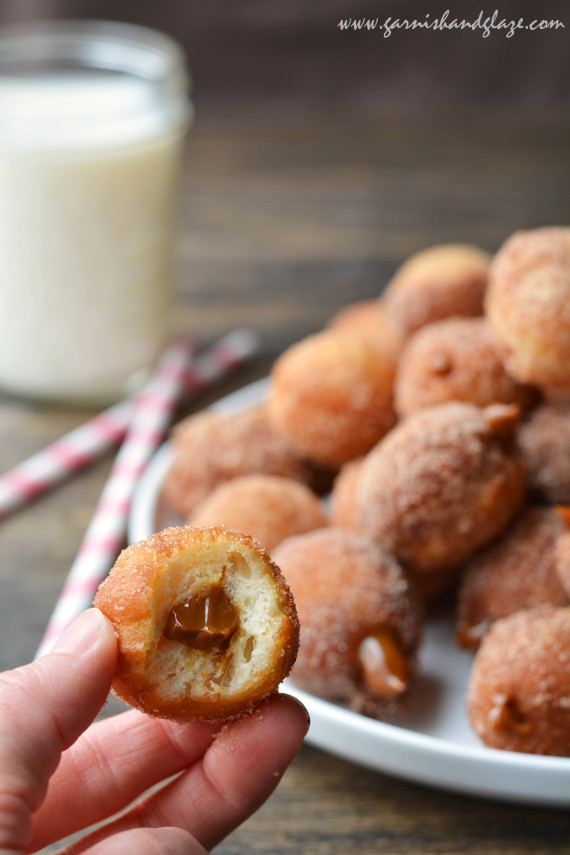 Just look at that!  Y-U-M!  You will just die when you bite into these light and tender donut holes!   Cinnamon & sugar stuck to your lips and yummy warm caramel gushing out…Mmmm.  You just have to try them!  This are where it’s at people! 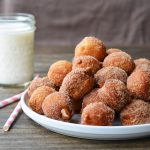 (Sorry, nutrition facts coming soon for this recipe.  I’m trying to find a way to calculate for how much oil is actually consumed.)