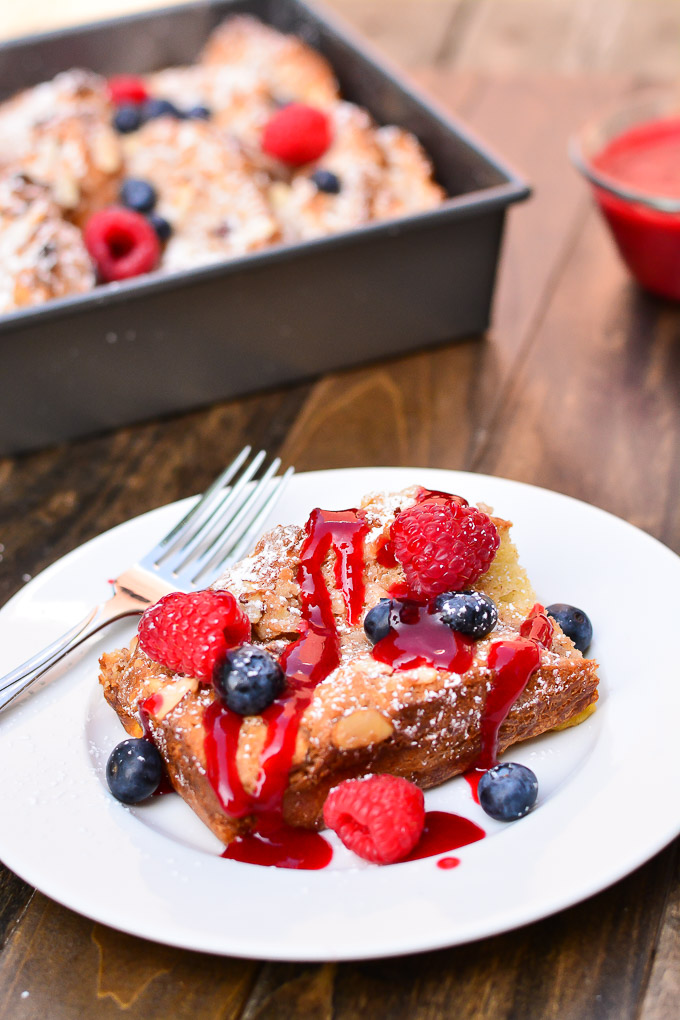 Guess what?  My husband made this!  I was so surprised when Nick told me he was going to make this for me for Mother’s Day.  I helped him out a little bit (like show him where things are since I don’t usually let him in the kitchen to cook) but he mostly did it himself and it was A-mazing!  We have already made it again… twice!  It’s that good. 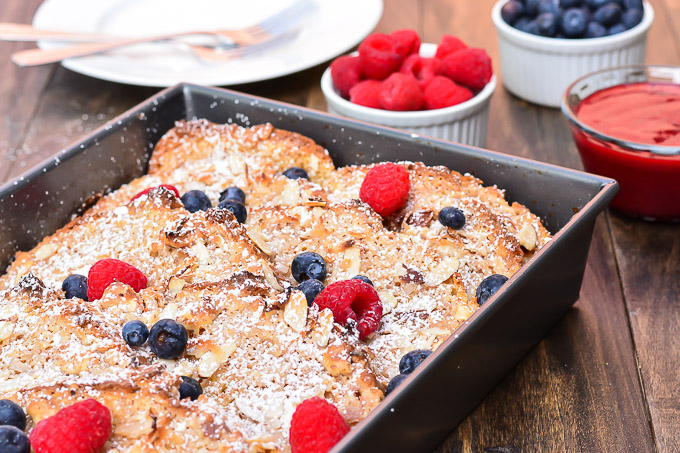 The first few times we had this we topped it with syrup which was quite good.  I recently made a cheesecake with this raspberry sauce and thought it would be good on this french toast… and it was!  Plus, it’s way lower in sugar & calories and just looks beautiful.  But if you don’t have raspberries or time to make the sauce (it is actually really easy though) you can use syrup or even go plain with just the powdered sugar and berries. 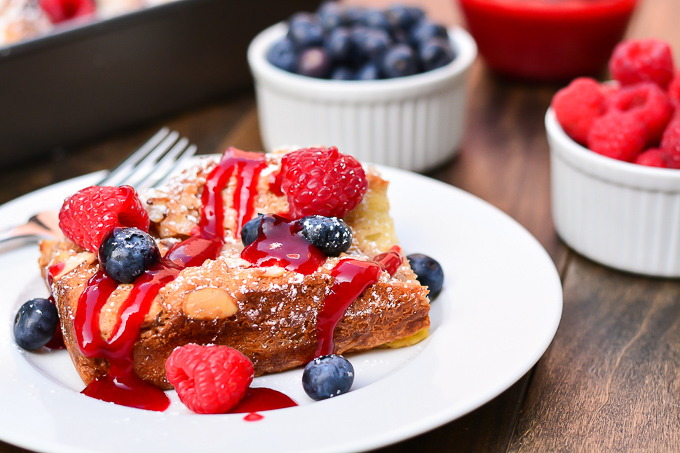 I don’t think you can go wrong serving this yummy dish!  The second time we made this was for my sister-in-law and her kids and they scarfed it down.  Definitely a great breakfast/brunch for a crowd that doesn’t take too much work.  And since it’s supposed to cool down to almost room temperature you can take it to a party and not have to worry about keeping it warm.  There’s a lot of wins to making this. 🙂  Oh and it’d be perfect for the 4th since it’s red, white, and blue (like the Berry Patch Brownie Pizza)! 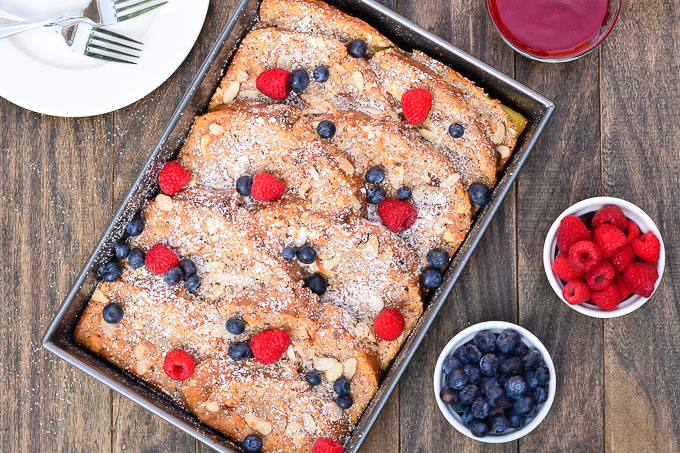 And just one more thing, it tastes best if you use artisan french bread.  It’s the kind you’ll find in the bakery of your local grocery store and it has a hard crusty outside.  We have made the casserole with Texas Toast  and we didn’t like it nearly as much as the artisan french bread.  K, I’m done ranting about how good this is.  Here is the recipe (Raspberry Sauce recipe is below too): 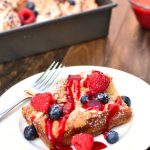 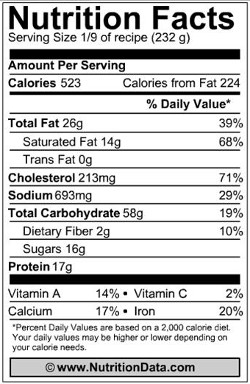 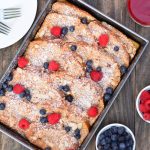 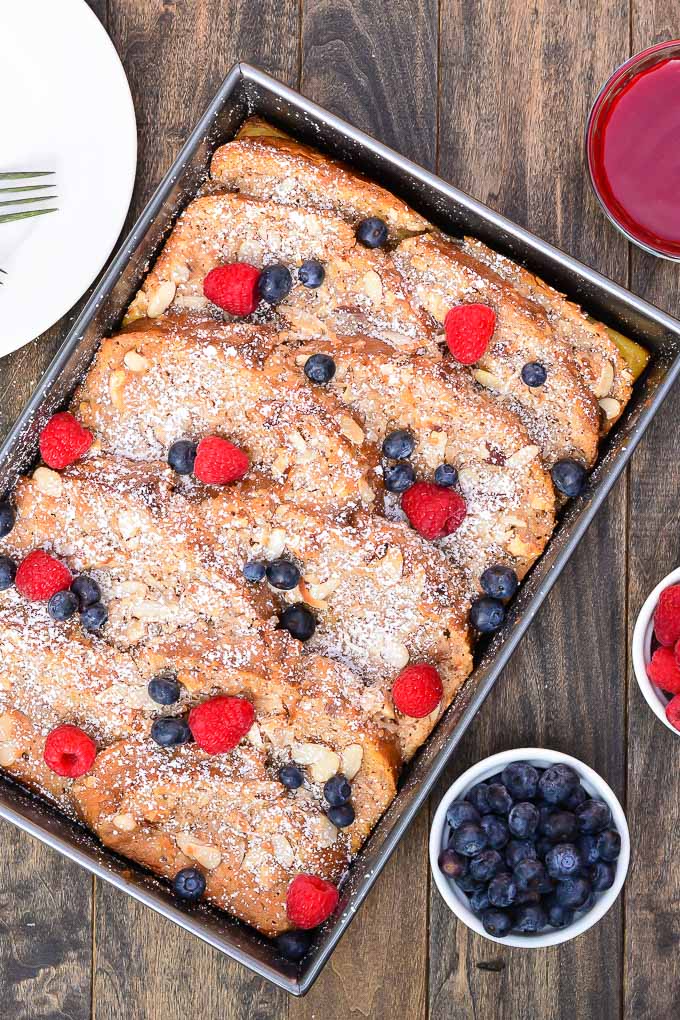 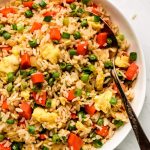 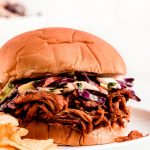 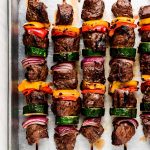 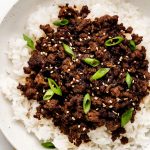 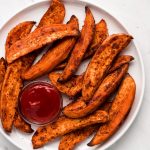 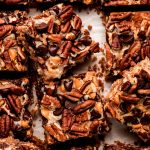