This shop has been compensated by Collective Bias, Inc. and its advertiser. All opinions are mine alone. #LetsMakeSmores #CollectiveBias #sponsored Combine summer’s two greats, ice cream and s’mores, and enjoy a S’mores Shake! 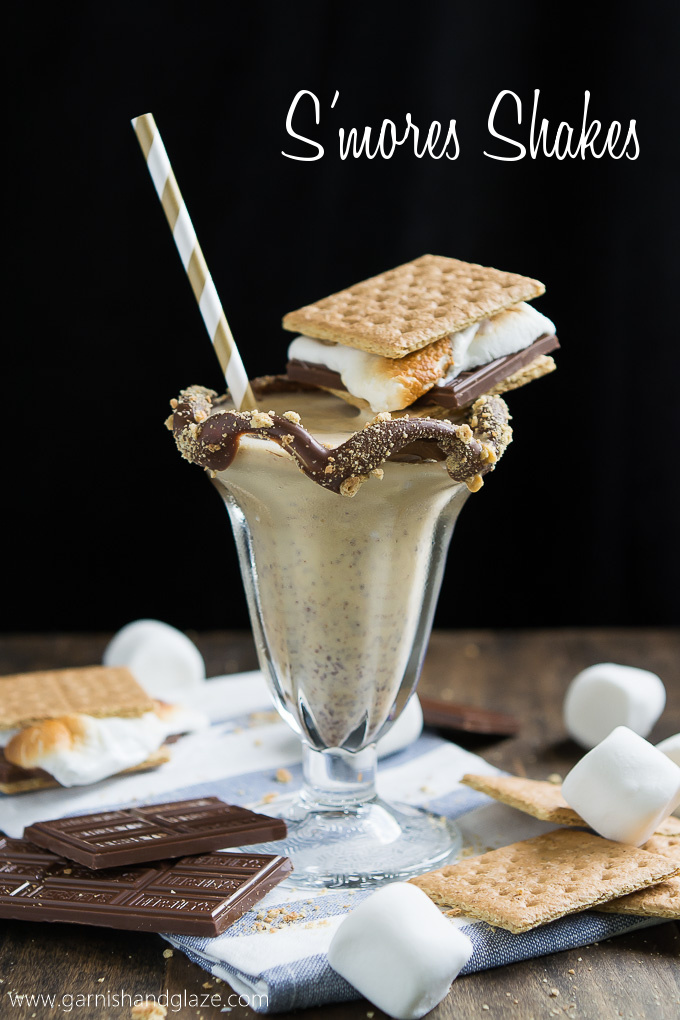 The mosquitoes are out to get my baby!  And I’m talking about the one inside me.  I have like 4 mosquito bites right now and only one is not on my belly.  And it’s not like I’ve been wearing a bikini or belly shirt exposing my basketball size stretched out belly for them to feast on.  I don’t think I’ve ever even had a bite on my stomach before.  Oh and the other bite is right in the middle of my forehead.  Lovely.  So just imagine me: 37 weeks prego (large and waddling) with a giant red bump on my forehead frantically scratching my enormous belly.  Fortunately for me (and you!), unlike your typical campfire s’more, the s’mores in this recipe can be made inside safe from the mosquitoes. 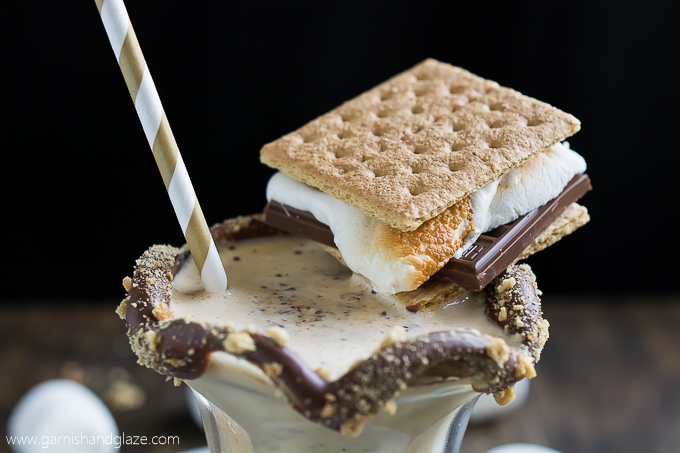 I’ve combined the two best summer desserts- ice cream and s’mores, to bring you S’mores Shakes.  Such a yummy treat that both kids and adults are bound to love!  Plus it’s super quick and easy.  We’re talkin less than 10 minutes and you don’t have to take a step outside or start a fire. 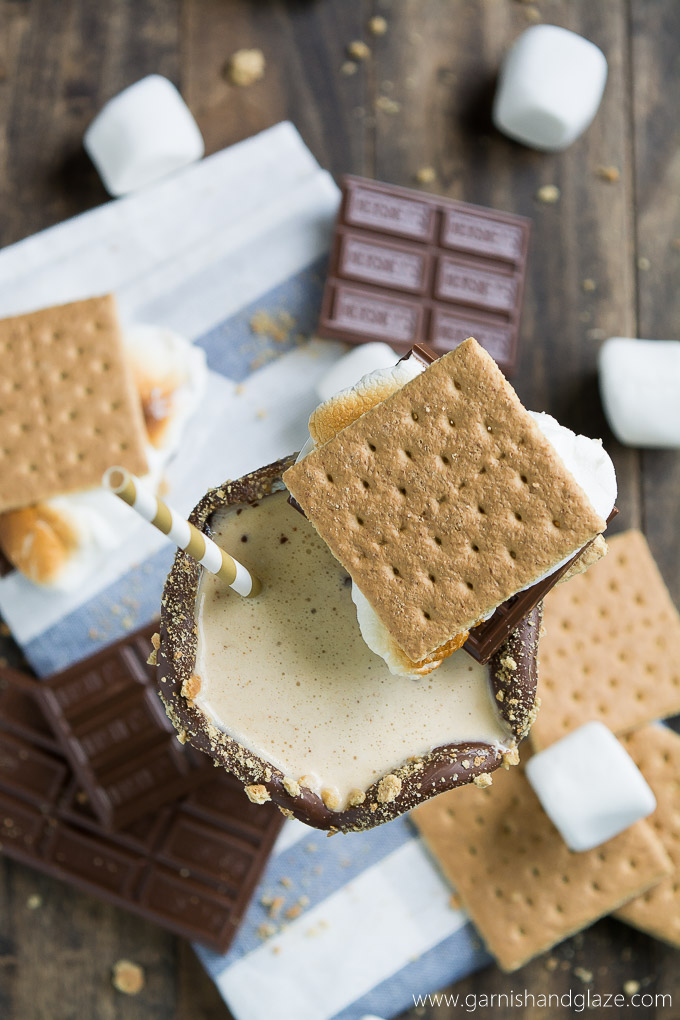 Yep! You can just toast those white fluffy marshmallows in an oven set to broil and voila!  Speaking of marshmallows, that’s Carly’s favorite treat right now.  She says “more mar-mallo… peaz!”  She usually eats the little ones but since I bought a gigantic bag of the big ones I decided to let her have a try.  She was a bit confused about what it was at first and spent like 5 minutes just liking it.  Yeah, that got a bit messy. 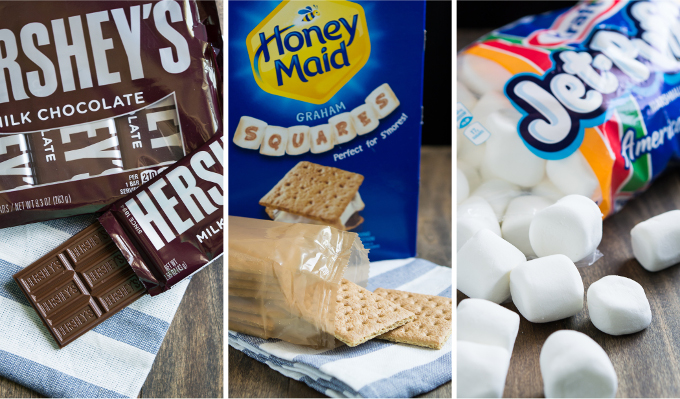 Okay, I’m not sure why all graham crackers aren’t already sold like this in squares.  Total genius!  More than 50% of the time when using the regular rectangular graham crackers for s’mores I end up with two very unequal pieces.  My s’mores making life just got a whole heck of a lot easier with these babies!  Better stock up because it says that they are a limited edition. 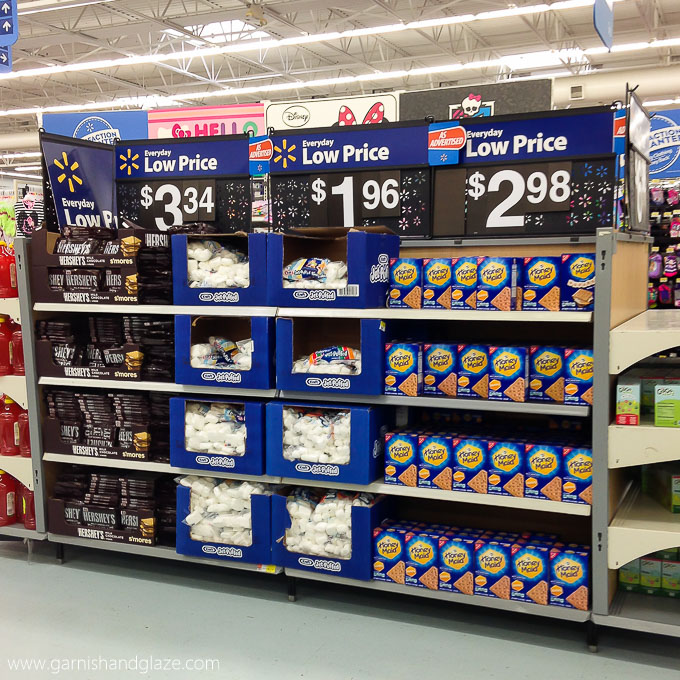 Get all your ingredients for these S’mores Shakes at your local Walmart.  They have a stand with all the needed ingredients to make S’mores grouped together so no excuses!  Grab your Hershey’s Milk Chocolate bars, Honey Maid Graham Cracker Squares (exclusively at Walmart), and Kraft’s Jet Puffed Marshmallows. 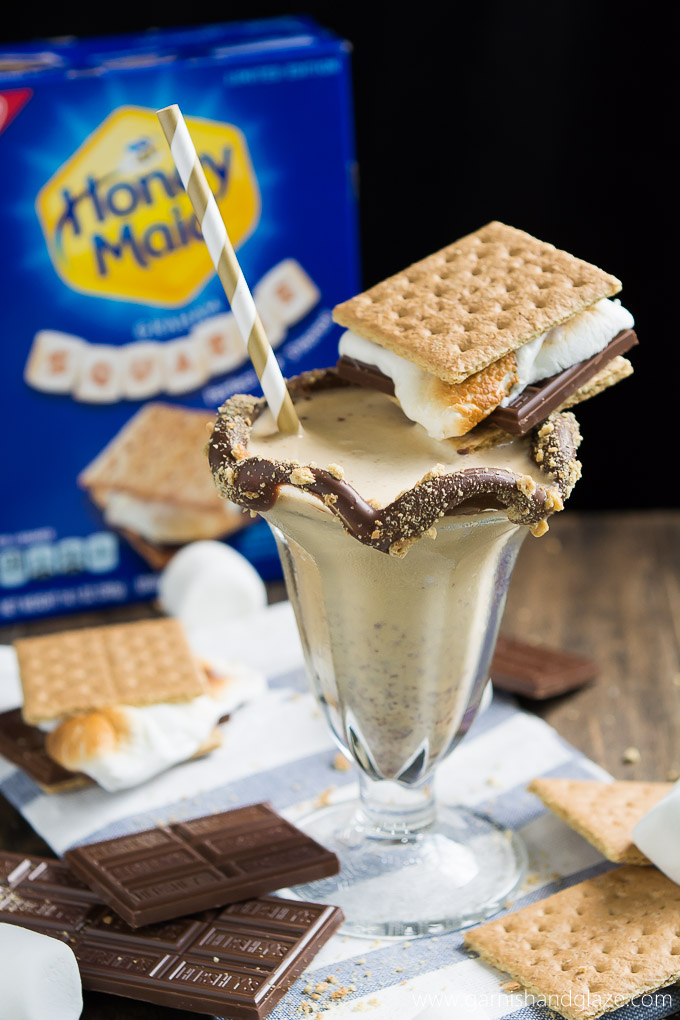 You are going to love these shakes!  The graham crackers and toasted marshmallows give the ice cream an incredible flavor and what’s not to love about the chocolate in there too?!
Make some S’mores tonight!  What’s your favorite way to enjoy a S’mores? 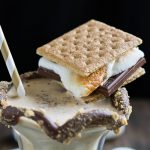 To decorate the glass, melt an extra chocolate bar in a bowl and dip the rim of the glass in to coat it. Sprinkle the melted chocolate with a crushed graham cracker.
Did you make this recipe?Tag @GarnishandGlaze on Instagram and use hashtag #GarnishandGlaze