This post first appeared on Real Housemoms where I am a contributor. Enjoy your favorite childhood cookie in cupcake form with these soft and fluffy cinnamon sugar Snickerdoodle Cupcakes! 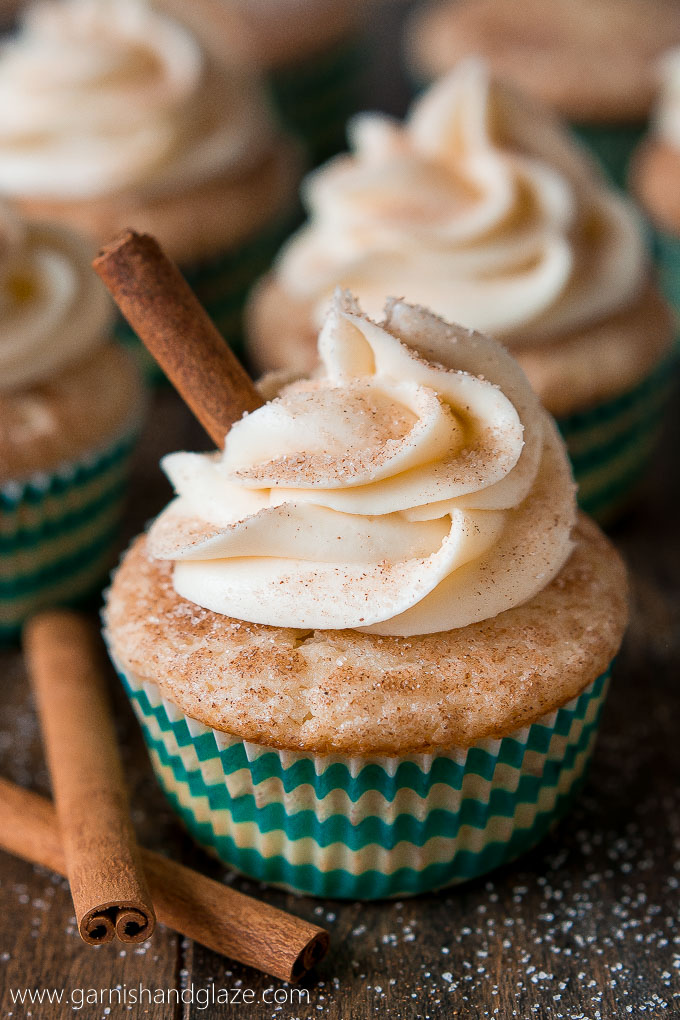 I love the smell of cinnamon. It reminds me of Christmas, probably because I smell and taste it constantly during that time of the year– in desserts, apple cider, candles, pine cones… (I don’t eat the candles and pine cones). Christmas season is over but I’m holding on to it a little longer with these Snickerdoodle Cupcakes. 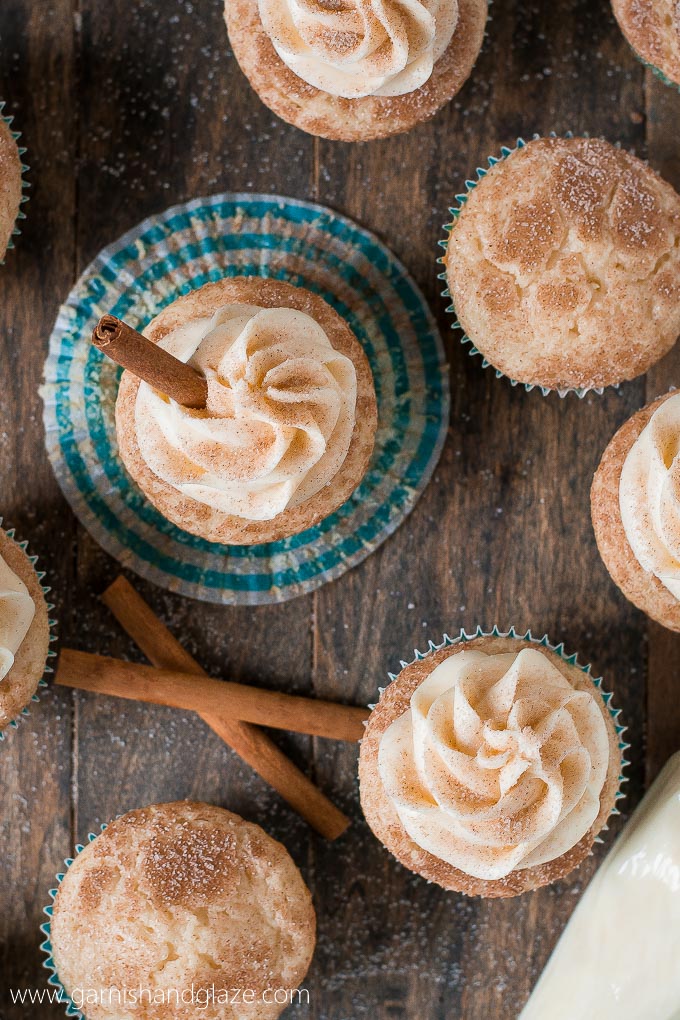 Just like the traditional snickerdoodle cookies, these Snickerdoodle Cupcakes have the same cinnamon sugar top. In fact, if you only saw the top of the cupcakes without frosting you might mistake them for cookies.

The cake for these cupcakes is the same white cake as in my White Chocolate Easter Egg Cupcakes.  So soft, fluffy, and flavorful. So fitting for a Snickerdoodle Cupcake. 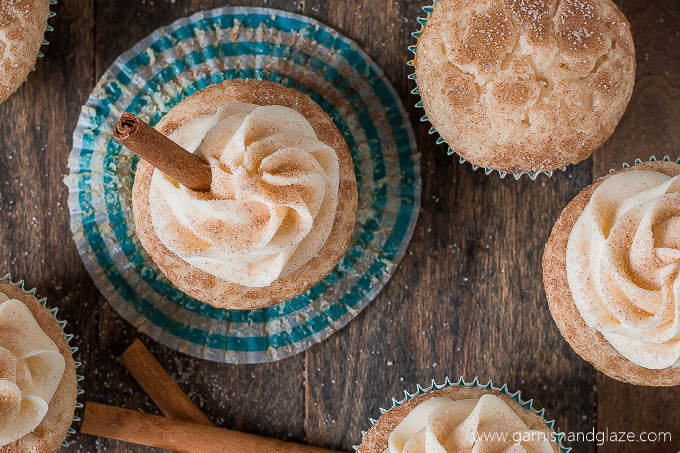 You can serve the cupcakes without frosting but then it’d be a muffin (like these French Breakfast Puffs), right? So, I topped those already perfectly delicious cupcakes with some smooth cream cheese frosting and added a sprinkling of cinnamon sugar for a little extra finesse. Beautiful and tasty. If you want to go even further, you can add a cinnamon stick too. 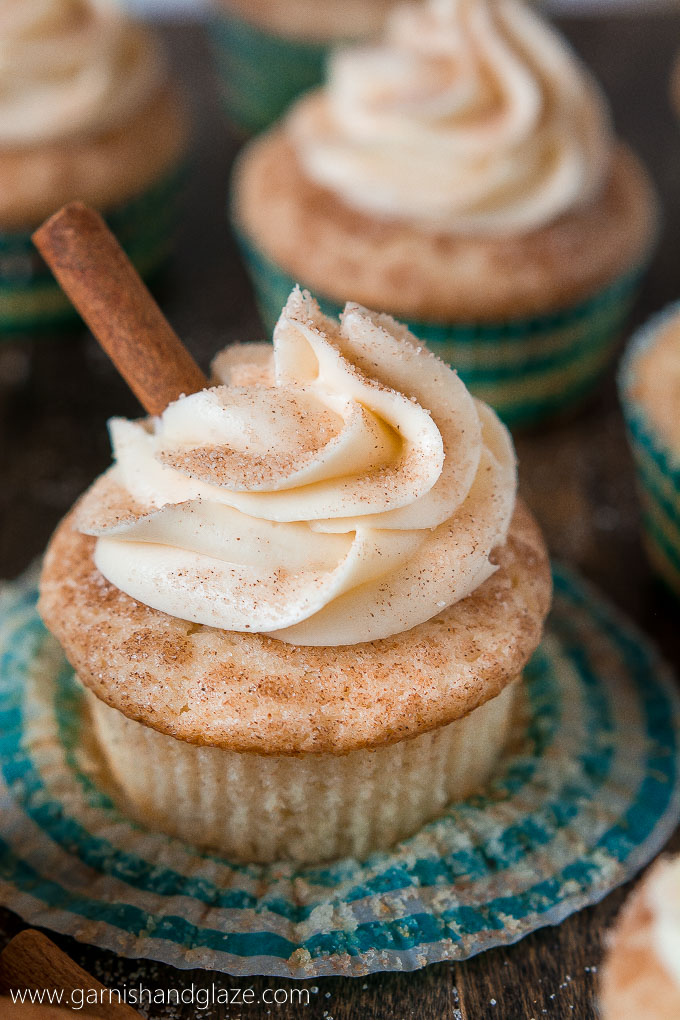 I gave my daughter a cupcake and after she licked all the frosting off she said, “mom, I ate all the sauce, can I have some more?!” Yep, I pretty much let my child eat straight frosting. At least I said “no” to more! …because I wanted the rest.

Spread some love by sharing  these yummy cupcakes with your friends and family. 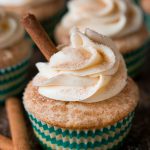