Enjoy Thai food at home with this quick and easy, sweet and spicy Chicken Pad Thai. 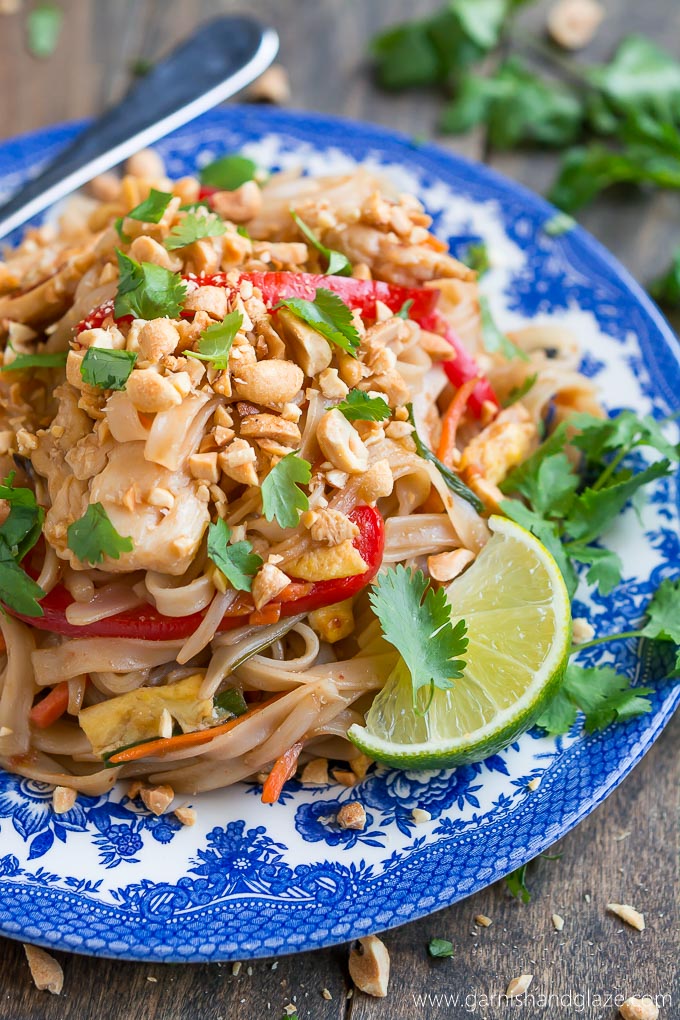 I enjoying going out to eat because it gives me a break from doing dishes and I get to try new entree‘s (I definitely always sample my husband’s dish!) to try to replicate at home. A little over a year ago we discovered a yummy Thai restaurant in Omaha where I had the best Chicken Pad Thai. I knew that making a copycat recipe of it was the only way I as going to be able to eat it as frequently as I wanted and now you can too! 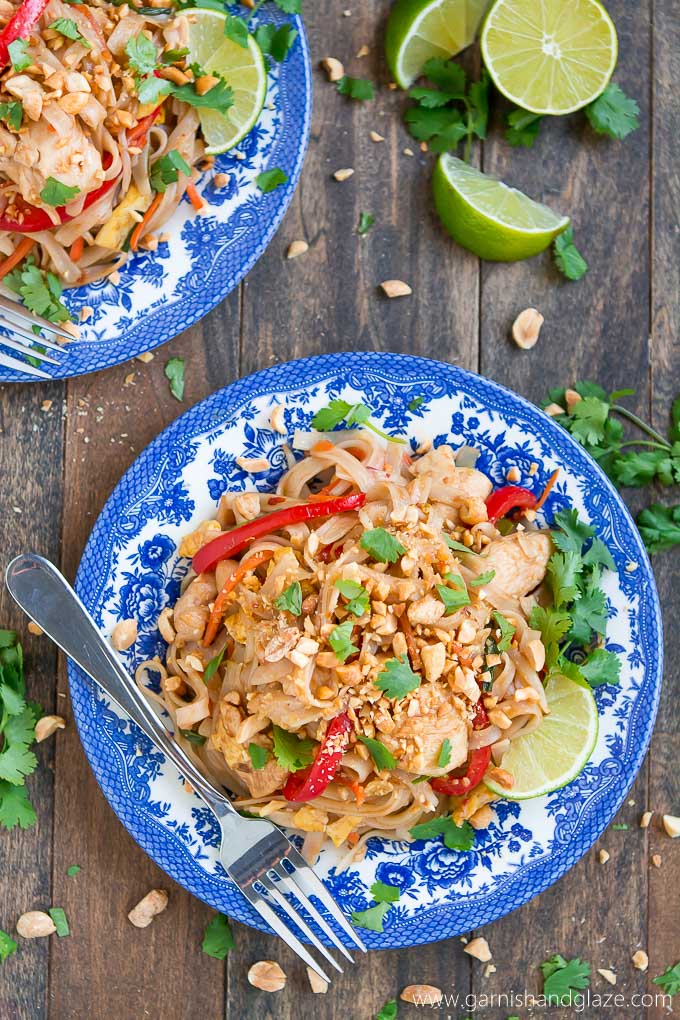 As a kid, I don’t remember eating Thai food much but I now eat it at least once a month. On of my favorite dinners is Tikka Masala with homemade Naan. Pork Pad Thai, Thai Chicken Peanut Noodles, and now this Chicken Pad Thai follow close behind.

This tastes pretty dang close to the restaurant’s version with the addition of a few veggies (peppers and carrots) to make it a little healthier and more of a complete meal without having to make a side dish. 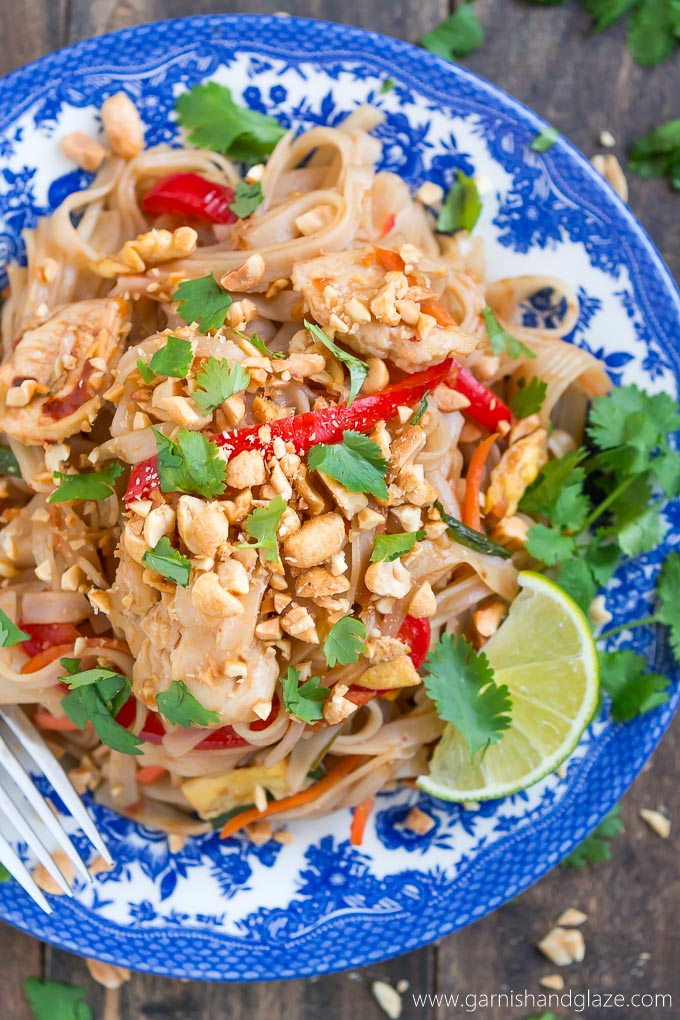 I think I like it so much because it’s sweet, savory, and spicy all at the same time. I also like how quickly I can throw it together. Oh, and it’s got my favorite herb– cilantro! It adds a pop of color but its refreshing flavor compliments the spicy sauce (the heat can be adjusted though if it’s not your thang).

I have so many Thai recipes coming your way. Be excited!!! And if you haven’t tried Thai food, start NOW! 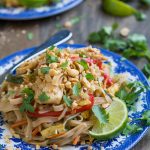 This recipe first appeared over at Penney Lane where I’m a contributor.